Whereis hosted the event of the year with the infamous Paint Party.  A concept created by Ghost Host and thrown in conjunction with the amazing Taboo Group but produced exclusively for Whereis to host Sensis ambassadors and followers.

The paint party was executed as a way to leverage the mobile Whereis app and gain new followers whilst rewarding their current youth audience with one hell of an original celebration.

Hosted in a secret location which was not released until the day of the event via the Whereis mobile app, the Whereis Paint Party was a roaring success, gained much press and soical media and was notorious for being one of the most progressive and unique events to hit Melbourne in a wee while.

Attended by a 400 deep audience, An amazing line up of  Melbournes DJ's who entertained (behind plastic sheets) whilst the audience got to paint their hearts away, wall panels, wedding dresses, furniture and even a white van was up for tagging as long as you were game.

Check out some footage captured on the night below. 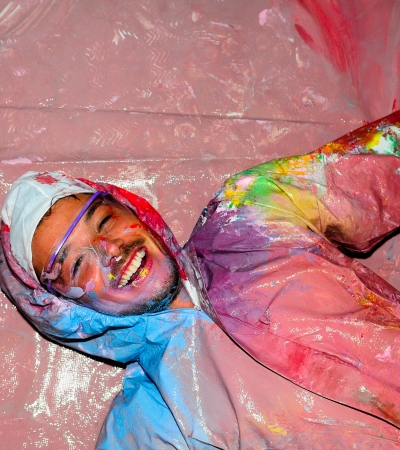 
BELOW ARE OTHER EVENTS GHOST HOST HAVE RECENTLY BEEN INVOLVED WITH