UK born, globally-bred and now Melbourne based DJ/producer Lil’ Rossco was amped to announce the official launch and release of his latest mix ‘27 Club’.
Three years in the making, the tribute mix is a nostalgic throwback to the music legends whose lives ended abruptly at the age of 27. Members of this infamous club and those featured in the mix include 44 music makers and shakers who all left their own unique stamp on the industry. Amy Winehouse, Jimi Hendrix, Kurt Cobain, Janis Joplin and Jim Morrison are just some of the big-name acts featured in the mix.

Lil’ Rossco aka Ross Cornfield serves up the ‘27 Club’ release which effortlessly fuse the genres of rock, grunge and jazz with flavours of electro, metal and blues. Choosing not to be constricted by any one style, Rossco is famous for delivering his own unique brand of impressive beat-making, continuing this trademark style with his latest mix.

To celebrate the launch of ‘27 Club’, Lil’ Rossco engaged Ghost Host to throw an invite only party where punters were invited through the ‘hot doors of hell’ to jam with the hard-partying legends of years gone by. On Thursday May 29th the Melbourne music industry crowd were the first to hear the mix before it set off on its global path.

With Hendrix Burgers, Amy House Wine, themed cocktails such as "Smells like teen spirits" & 'Josmapolitans'on offer, along with an art exhibition and small movie screening displaying respectfully comical versions of the 27 Club characters this was a night to remember as guests celebrated the lives of the most infamous partiers in history.

The mix is now exclusively available for free streaming, downloading and sharing, via lilrossco.com and soundcloud.com/lilrossco.

Check it out HERE 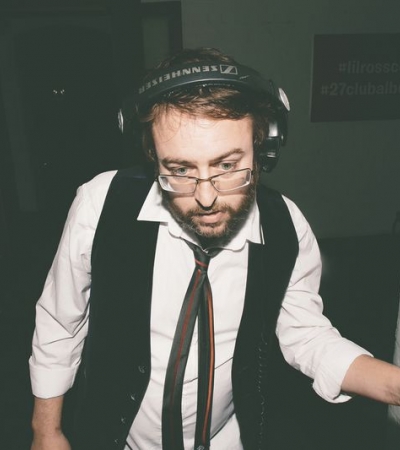 
BELOW ARE OTHER EVENTS GHOST HOST HAVE RECENTLY BEEN INVOLVED WITH

Twenty Something Series Two Launch
The phenomenally popular ABC2 series Twenty Something produced by hilarious comedy duo Jess Harris and Josh Schmidt is back with the much anticipated season 2. An exclusive invite only media launch and live screening took…
Read More »
Client Liason Designer Range Launch
Austraian pop band Client Liason relesed their very own designer range of merchandise in conjuction with fashion designer Kirsty Barros of Makers of Belief.   Ghost Host was asked to produce the store launches in Sydney…
Read More »
Hallowine Part III - Decadence & Decay
As the sun sets, the decadently adorned descended into the depths of the earth for an explorative  journey through the cellars of the Mitchelton Winery. Feasting from opulent banquet tables, lavishing decadent wine…
Read More »